The Moulton Bicycle is a highly distinctive piece of British design and engineering dating from the late 1950s that is perhaps, not very well known in Australia. Nevertheless, the bicycle has amassed quite an appreciable international cult following over the decades with many finding their well conceived if unconventional design highly appealing for all round use. I had been familiar with them for a couple of years but had never physically seen one. That all changed when a Moulton enthusiast named Robin brought his in, asking whether this bike could run an electric conversion. Opportunities to work on bikes like this are few and far between, so, notwithstanding some initial challenges, I began work on it immediately. The bike in question is a Moulton ATB, built under licence in Japan in 1992. It was in immaculate condition for a bike more than 20 years old. 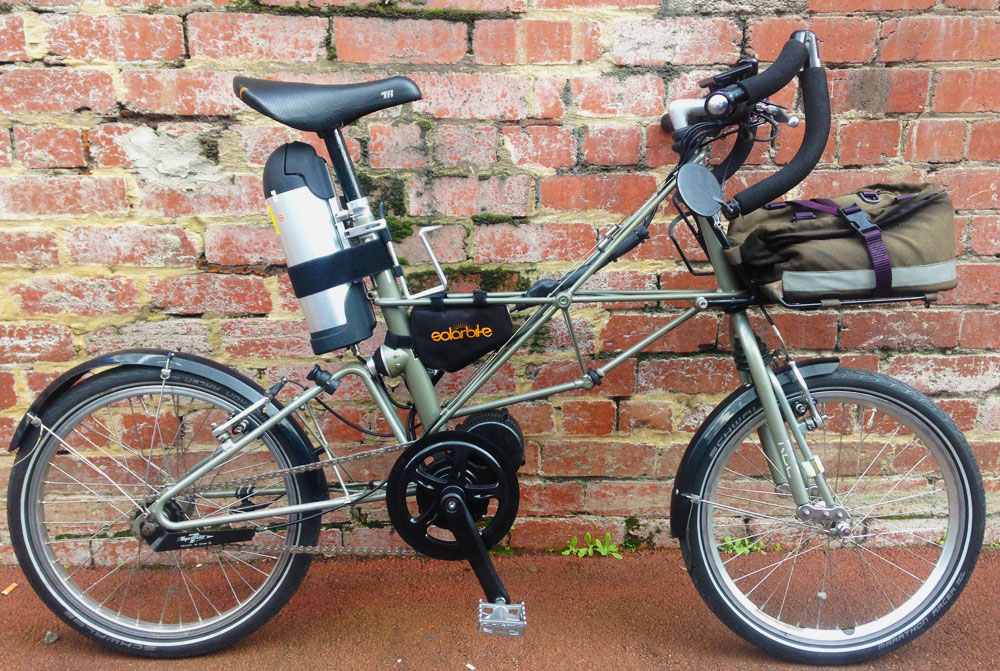 There are a number of characteristics of this bicycle that make an electrical conversion quite favourable, most notably, the Reynolds steel space frame with polymer bush suspension giving around 20mm of compliance on both the fork and rear stays. This frame was plenty strong enough to accommodate the additional weight of the conversion kit whilst also having the appropriate bottom bracket clearance for the mid-drive motor. It had initially been considered for a more standard front hub conversion, but the dropout clearance would not effectively accommodate the oversized axle. Furthermore, the use of a BAFANG 8FUN mid-drive system allowed the functionality of the Sturmey Archer Sprinter 7 hub to be retained, preserving the versatility of the bike. Not only did the mid-drive system allow for the use of the bike’s original drivetrain, it also allowed the added weight to be kept very central on the bike- something particularly important for balanced handling given that the Moulton’s 20″ wheels can be twitchier compared to the 26″ or 700C wheels more commonly fitted to conversion bikes. On a more personal level, Robin was hoping to cover greater ranges on recreational rides, wanting the mid drive system to operate in a pedal assistance capacity. The BAFANG system can be run at lower output levels to serve this purpose, making it an extremely flexible conversion option. 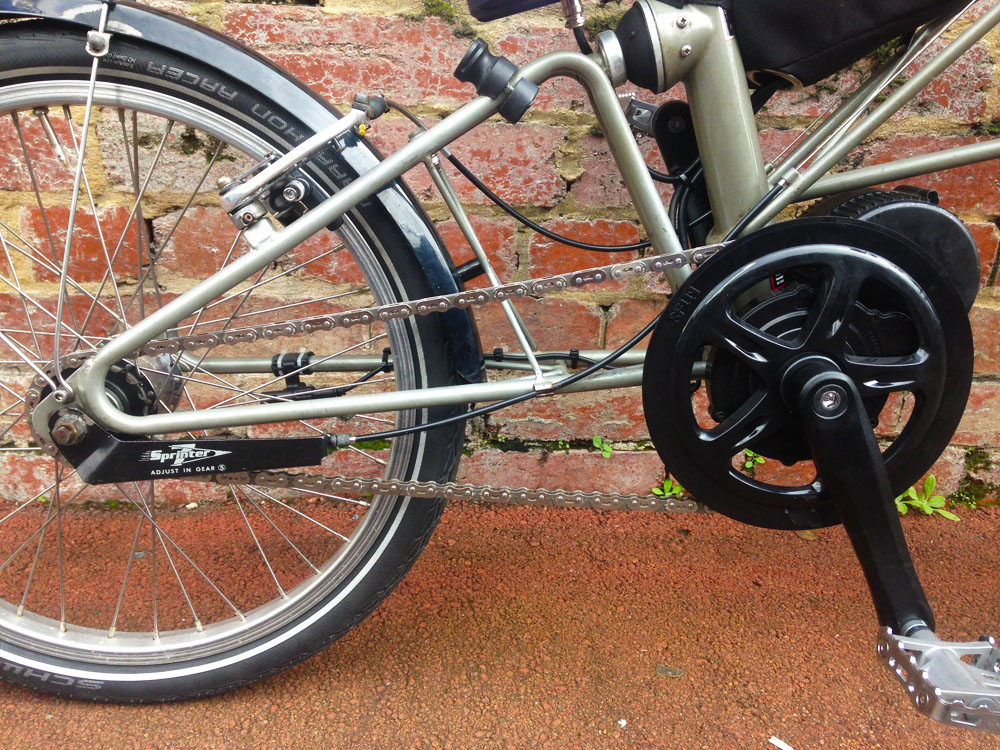 The system fitted was a BAFANG 8FUN mid drive conversion kit, which is compatible with all of Solarbike’s 36 Volt Batteries. It has a maximum output of close to 500 Watts and, depending on the gearing, can easily achieve cruising speeds of 35 km/h. Additionally, with it’s sophisticated electronics, it can run up to 9 levels of pedal assistance ranging from 10% motor output to 100% with a manual throttle included to provide an overdrive when quick acceleration or extra torque for hill climbing is required. With the PANASONIC 11.6 Ah bottle type battery fitted, the Moulton could feasibly achieve ranges of 50 kilometres, perhaps more depending on what level of motor assistance is used. Additionally, the on board display provides ride information such as trip distance, level of assistance, current, maximum and average speeds whilst also having a battery charge indicator. This is certainly a feature rich conversion kit with impressive performance and economy to match. 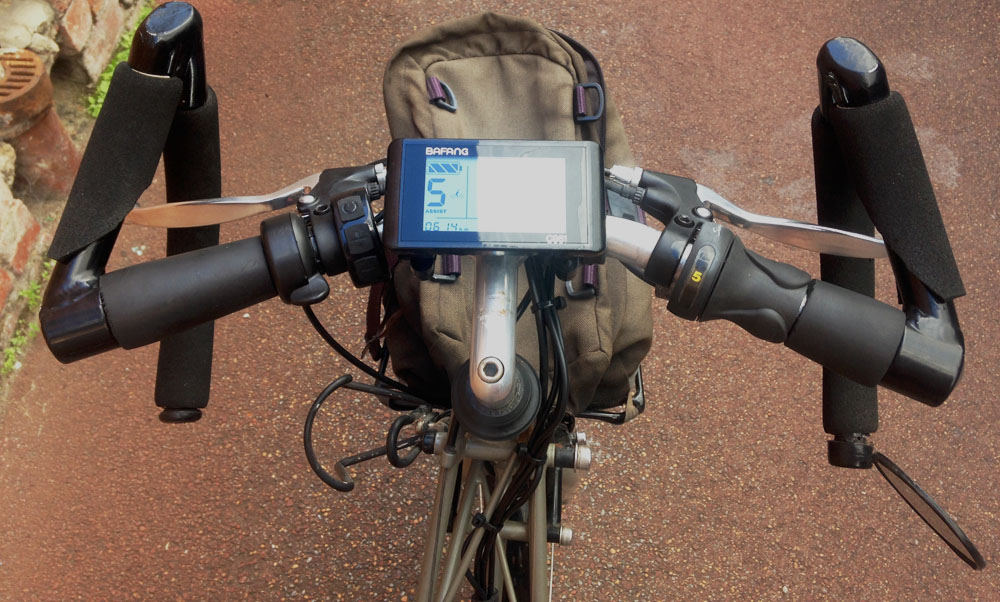 What made this electric conversion so rewarding was how it repurposed and resurrected a bicycle that was not seeing enough use prior. In addition, the careful selection of replacement parts and a “when it’s ready” attitude towards attention to detail made this bike a labour of love. This bike was converted and reconditioned over a period of 2 weeks with Robin himself selecting new Scwhalbe Marathon tyres (the last word in puncture protection and longevity) and a new set of Shimano SPD touring pedals. The final product was a unique and thoroughly updated version of a classic piece of bicycle design. Happy riding, Robin!

At Perth Electric Bicycles, we’re glad to say that our electric conversion kits are compatible with a wide range of bikes from mountain bike to flatbar commuter. But if you’re after a conversion for something a little different, as Robin was, don’t hesitate to get in touch and discuss options. With the right parts and the mechanical know-how you’d be surprised at how personalised a setup we can offer.