Montague are a bike company in the US that started up about 30 years ago. In 1987 they took some money from the US marine corps to build the Paratrooper bike, designed to be folded quickly and used by Paratroopers to exit from military aircraft. The rumours around the shop being told were that paratroopers would jump out of planes and attach a 10m rope to the bike, the bike would hit the ground first and allow the jumper to land in clear space.  The bike apparently would survive the fall due to its robust build. We were skeptical so did the old google tube search to find this video. You make up your decision on how well the bike would survive and how useful bikes in war would be but that’s the story.  So, Montague Paratrooper made its way into our shop last week and we were asked to put a conversion kit on it.  We fitted it up with a rear wheel motor and a seat tube battery. It goes nicely and it retains its extremely well designed fold-ability. We couldn’t recommend throwing it out of a plane though. 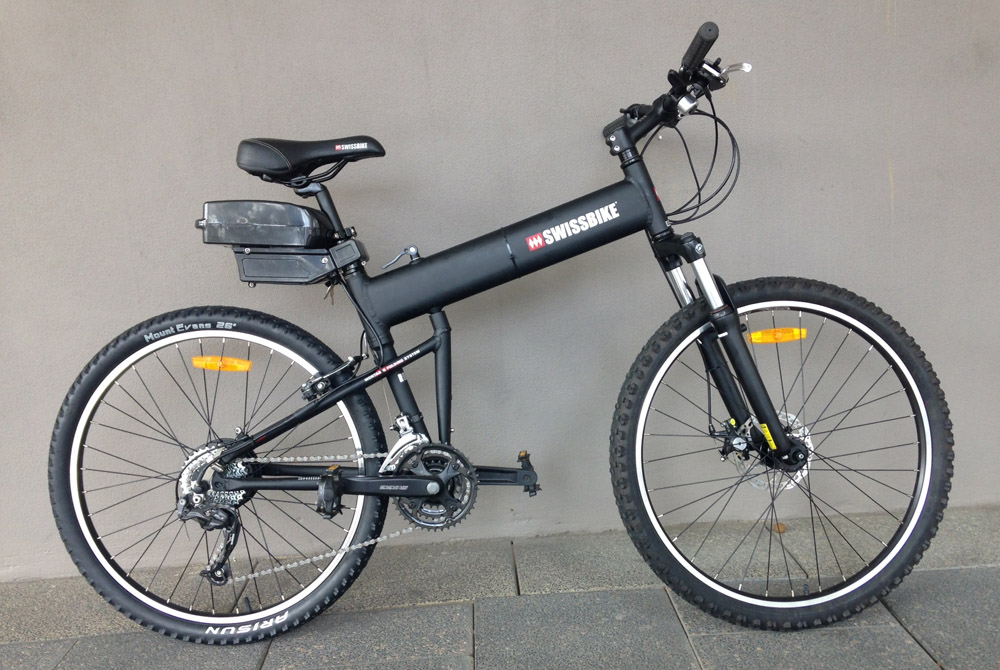