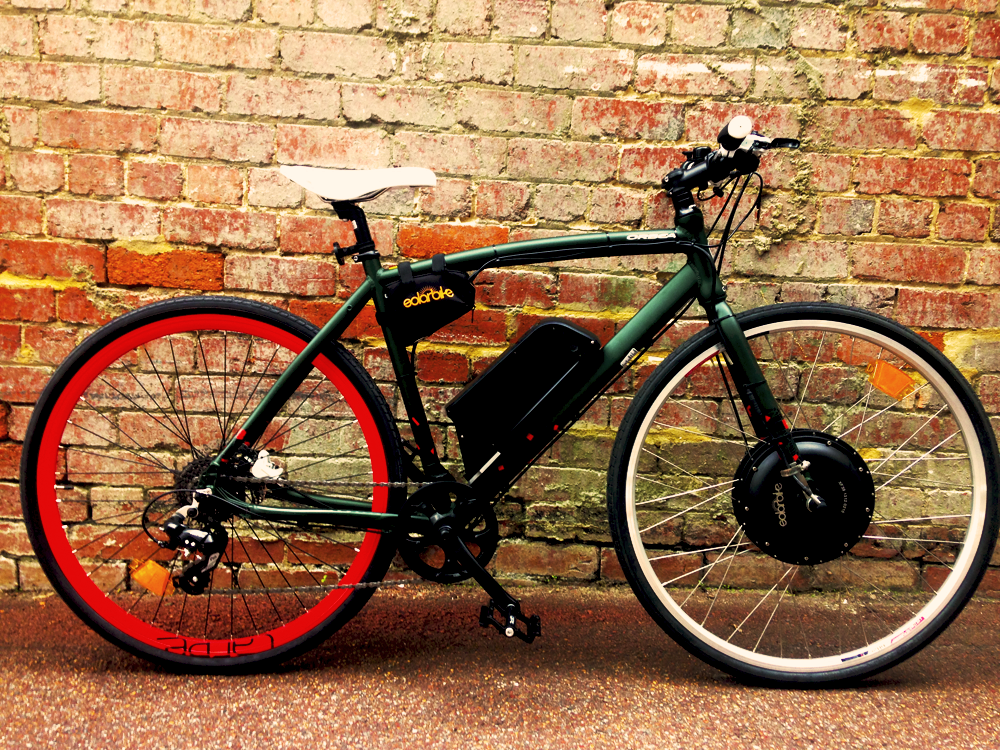 The Orbea Carpe is a part of one of the fastest growing categories of bicycles: The urban hybrid. These bikes are designed to give riders the manoeuvrability and speed of flatbar road bicycles complemented by a resilient yet lightweight aluminium frame and powerful disc brakes for reliable stopping in all conditions. With such a well-conceived design, the Carpe is as at home in short distance city riding as it is on longer commutes and recreational rides. The addition of an electric conversion kit affords the Carpe with even more versatility and utility particularly as a moderate to long distance commuting platform.

Having ridden both a standard Carpe and one with a 500 Watt conversion, perhaps the most obvious difference in feel is the weight. The kit fitted to the test model adds approximately 5 kilograms to the front wheel and a further 5 kilograms to the central triangle of the bike. Unassisted, this weight can make the bike sluggish in acceleration, although, wide range gears do provide some help in this regard. More importantly, the handling characteristics of this bike at speed are not unduly affected by the weight increase with weight kept to the bottom half of the bike and reasonably central. Out of the saddle pedalling is perhaps where the extra front-end weight is most apparent although electric assistance should allow a rider to pedal from the saddle most of the time.

Another notable characteristic in unassisted mode is the mechanical resistance of the front hub. Unlike the more common geared motors offered by Solarbike, the 500 Watt motor is direct drive, meaning the power and torque is delivered through the rotation of a single magnetic coil. This system does afford a higher power handling capacity, but does incur increased rolling resistance as a result. For this reason, some degree of throttle use was required on both hills and flats to maintain a good speed. The benefits of the higher power motor are manifold, however, with excellent torque for hill climbing and stop-start traffic as well as an easily attainable cruising speed between 35 and 40 kilometres per hour with some pedalling input.

The battery and motor combination for this Carpe build was intended for moderate to long distance commuting, with a 14.5 Ah Black Diamond battery capable of providing a range of 40 kilometres plus in a predominantly flat city such as Perth (With some pedalling input). The range afforded by this setup makes the bike just as capable of recreational rides, however.

Feature Rich
The Carpe 20 also has a number of features that make it a reliable all-round platform. The Shimano Deore Hydraulic Discs performed faultlessly on the test ride and, having run Shimano hydraulic systems myself for a few years now, I can attest that they are reliable enough to stand up to the rigours of everyday use for a long period of time. Furthermore, it should be noted that electric systems do tend to increase wear on cable actuated brakes, so hydraulics are a highly recommended feature for bikes that receive heavy use. These brakes are more complex to set up that standard rim braking systems, however. The drive train on the Carpe 20 tested is commuter oriented with a wide range 8 speed cassette and an Altus rear derailleur. These systems aren’t particularly light, but nevertheless they provide smooth shifting and their widespread use in bikes of this type are testament to their reliability. This focus on reliability sets a tone for the rest of the Carpe’s componentry, with a good quality alloy finishing kit and rims all built in-house by Orbea.
The Verdict

Overall, the Orbea Carpe 20 is a solid example of the new generation of urban hybrid bicycles, with “do anything” versatility supported by reliable componentry. Nothwithstanding the weight related trade-offs, running an electric conversion on this bike can greatly enhance its utility, particularly for people looking to begin commuting by bicycle for the first time. Its comfortable frame design and quick handling do also make it enjoyable to ride recreationally. Thus, if you’re looking to join the growing number of people who use an electric bike everyday for commuting and recreation, the converted Carpe 20 may well be all the bike you’ll ever need.